Brooke Burgess
TV Writing
• 5 years ago
publish
Check it out

A lot of you have asked over the years, ‘Hey Brooke, will there ever be a live-action Broken Saints series?’

Well, I made some impassioned pitches to the usual cable suspects back in 2007, but their concern was always the same — North American networks and viewers just weren’t high on the ‘limited series’ format. But a decade later, thanks to ubiquitous speciality channels and streaming services desperate for original content, it looks like the TV landscape has finally caught on to the value of ‘finite storytelling’.

If Netflix, Amazon, Hulu or their ilk ever come calling, I’d like to think we’d be ready to embrace the challenge! 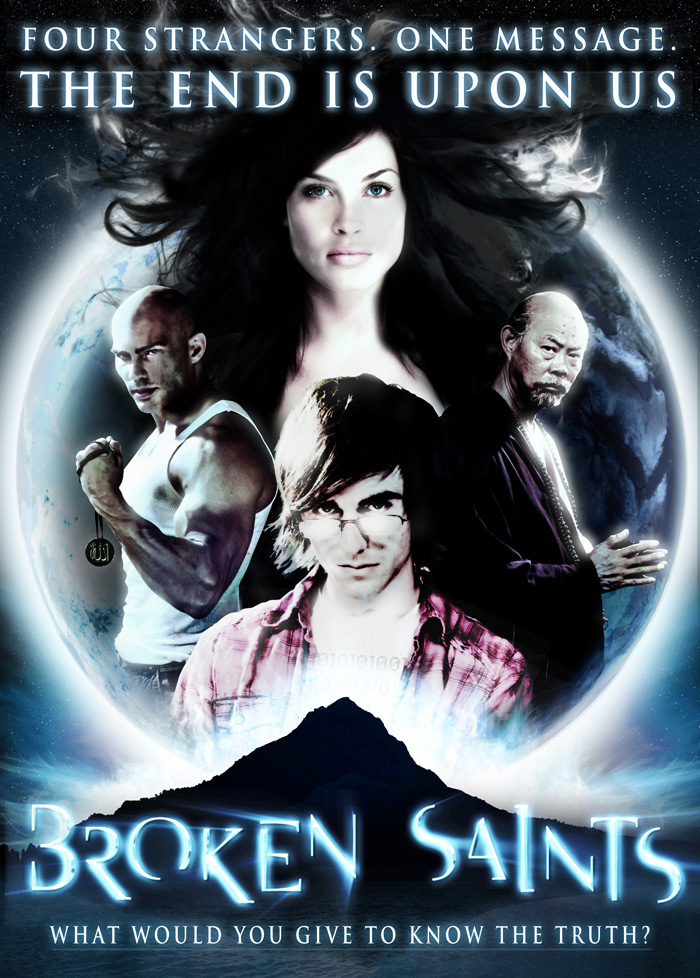 BROKEN SAINTS: a contemporary techno-spiritual thriller – think Stephen King’s The Stand meets the Wachowskis’ Sense8, hacked by MR ROBOT. Our four troubled heroes are an eclectic group of outsiders trying to overthrow ‘the Powers That Be’. Like all good conspiracy thrillers, it gives a loud voice to current feelings of anxiety, paranoia, and powerlessness. But even though the story deals with a terrifying possible future, in reality it is a profoundly uplifting story that celebrates the power and beauty of the human spirit, and the deeper hopes and fears we share beneath our cultural and political masks.

Where would it air, and in what format?

Four troubled strangers receive visions of a cataclysmic future event and embark on separate quests for answers. But the truth somehow ties them all to a shadowy biotech firm, a global communications network, and a chilling plot to enslave humanity.

How is it current?

The global swing to fascism. Hacking and cyber-espionage. Bleeding-edge tech and fear of it. Middle East terror and ‘fake news’. The growing movement towards Spirituality vs Religion. The rising tyranny of the 1%.

In the quiet corners of the globe, four strangers—a troubled American programmer, an elderly Buddhist priest, a bitter Islamic mercenary, and a mysterious orphan girl—share a series of apocalyptic visions. Desperate to understand these terrifying glimpses of the future, they embark on harrowing personal quests to uncover the truth. And these journeys will inevitably unite them in the West, where together they will learn that their collective fate—and the fate of the entire world—is somehow tied to a secret satellite network, a military biotech program, and a terrifying plan to ‘broadcast God.’ Amidst an epic struggle of man, machine, and otherworldly fear, what will these four souls give to know the truth? And what will they give…to save us all?

Any noteworthy buzz for the original series?

NPR: “Impressionistic, moody, lyrical…a story about compassion and spiritual reflection that recognizes the political/spiritual fault-lines of the global environment.”
Click here to listen

Ain’t It Cool News: “In a collage taking aspects from comic books, animation, film and prose, Broken Saints is revolutionary…”

WIRED Magazine:“(This) is what you get when you cross Philip K. Dick with the Tibetan Book of the Dead”

Guardian (UK): “Lovers of graphic novels like Sandman or Dark Knight will have plenty to sink their teeth into…Hippy, trippy and surprisingly grippy.”

Corriere Della Sera (Italy): “Colossal…a fascinating story. One of the most rewarding creations on the Web.”

Cincinnati Post: “Incredible, intriguing and indescribably beautiful – you pretty much have to experience (it) to understand…”

Strange Horizons: “Broken Saints lends itself to wild speculation at least as well as conspiracy-based TV shows like Twin Peaks and The X-Files.”