Brooke Burgess
Videogames Writing
• 4 years ago
publish
Check it out

It’s been a busy summer so far (no rest for the wicked, as they say) but I’m beginning to notice a trend with clients and potential partners — more and more, they’re asking me to do ‘world building’ from the ground up.

And whether that’s for a film or TV show, a comic, or a game, I tend to have a blast doing it.

Building a world affords a certain creative freedom, after all. You aren’t forced to work within established boundaries or strict IP limitations. You can let the imagination run a little wild. You have a chance to throw stuff against the wall and see what sticks. And, quite often, you can incorporate factual research into the world building of a fictional space. Which means you might even learn a thing or two in the process.

I was asked a few months back to whip up a proposal for a story-driven puzzle game that would take place in a world…of WITCHES.

Totally up my alley, right?! So…I got work.

Within a couple of weeks, I had completed my research, made a bullet-point outline for reference, cobbled together a high-level ‘backstory’ overview for client context, and even designed an interactive dialogue scene in Twine (after learning how with this fun little story) to plump up the world building process.

Enjoy the fruits of my labours below, and feel free to share your thoughts and critiques in the comments. 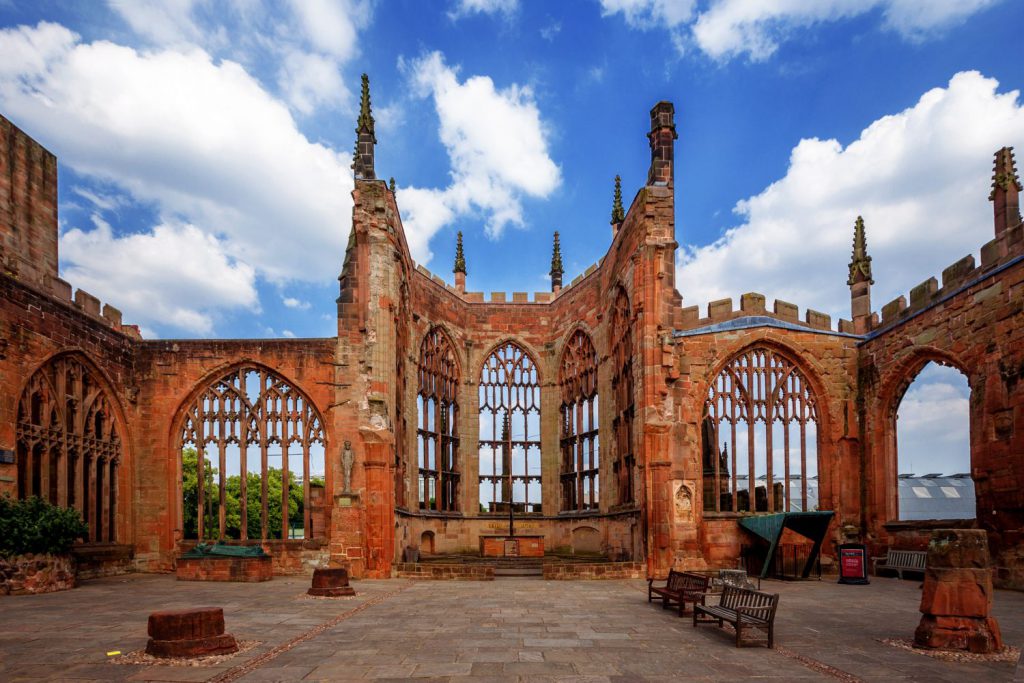 The World of COVENTRY

From the dawn of Civilization (and some would even say a good time before that), a special group of women have been communing with the forces of Nature and Spirit. Their purpose? To foresee and advise. To heal and transform. To protect their homelands, and their people. Be it the Shamans of the Americas, the Crones of Old Europe, the Dream-walkers of Australasia, or even the Voodoo priestesses of the Caribbean — when earthly and paranormal threats stirred within their lands, these powerful women rose to meet them.

But soon, the world of Man and its bloody conflicts were transcending the old tribal borders. How could a lone practitioner of the magic arts be a beacon of hope for her community, when the world beyond was plunging into despair?

The year was 1940. A terrible beast was opening it jaws with a fascist roar. Its leader, fuelled by a gnarled soul and the blackest of occult teachings, declared his intent to conquer the globe. As the bombs began to fall across Europe, a group of brave souls banded together to form a mystic resistance. With word of an imminent invasion by sea—the likes of which would surely bring Britain to its knees—the women met in secret and invoked forces they believed would protect the coast and crush the enemy’s resolve.

The invasion never came. And, five years later, the madman would fall by his own hand. And what of our valiant defenders of spirit? The gifted and noble warrior women? These modern-day witches? They vowed to never again be caught unprepared by threats from beyond their borders…or their world.

It was time to expand the network of Magic. The Wiccans of Britain reached out to their sisters across Europe. And they, in turn, implored mystics in every corner of the globe to join them. The world was changing fast, and so its protectors would have to change with it.

First would come the formation of a council of representatives from each of the secret schools and disciplines: a Grand Coven. After agreeing to terms (and setting aside any lingering cultural and theological differences), these elders would unite to search for the next generation of witches. They would guide, teach, and train them for the conflicts to come in the next great age of Man — a cold new era of Reason and Technology.

The search was underway. And the students were out there, often hiding in plain sight.

And many, many more. So many, in fact, that the Grand Coven decided to create a permanent location for their studies. And, like the truth surrounding these powerful women, this secret school would be hidden in plain sight. They would choose a place where great veins of mystical energy converged — the legendary Ley Lines that encircle the world — giving power and purpose to every witch that has ever lived.

In the end, they chose to settle close to where the resistance was first formed. On a street where an infamous beauty rode naked on the cobbles, enchanting the crowd to rise up against tyranny. In a town where the greatest writer who has ever lived made a bargain with the Muse for immortality through his words and verse. In a land left in ruin by the bombs of that terrible war, only to have its gentlest defenders rally with fire in their hearts, and alchemy on their tongues.

In this Arcane College, women of all ages and creeds and walks of life (and a few men, too ) will forge their spirits. As their ranks swell and their power grows, they must inevitably face an ancient darkness rising in the school’s strange and hallowed halls. And, someday, on the edge of Reality itself.

A FAMILIAR is considered to be a spirit, fairy, or minor demon that takes the form of an earthly animal. Summoned to (or bound by) a witch or wizard, familiars have been said to assist with spell-casting, clairvoyance, and even verbal companionship.

This ‘introductory’ quest will have the player enter a dedicated wing of the Arcane College and move through four rooms/steps/stages in order to:

The first stage has the player meeting with MADAME FELINA — a Mediterranean Seer with ties to an ancient sect of Bastet, the Egyptian cat goddess. Felina is tall and lithe, coffee-skinned, and wrapped in layers of lush fabric. She sports a silver headband framed by a pair of emerald peaks, accentuating the feline look. On her shoulder sits a BLACK CAT, pupils narrowing to slivers as it sways a bristling tail.

The witch shares some history (family lineage, current occupation, etc) with the kind of ‘curious disdain’ that cats are famous for. She then explains the following pre-melee:

The second stage introduces the player to HAIDA ROZENE — a Native American Shaman Woman who honours her band’s tradition of healing and divination.

Haida has jet-black hair to her waist, black/brown eyes, and sports a modern take on her ancestral attire with a fringed leather coat and feathered scarf and accessories. Perched on her shoulder is a silent RAVEN.

The Shaman does not waste words or suffer fools. She warns of a ‘great Reckoning in the World’ before explaining the following:

In the third stage we meet ANEMONE SKYE — a Druid Priestess and self-proclaimed ‘ELF’ (Enlightened Love Fairy) who works with ‘Forest Magicks’. Her ghostly face and crimson hair gleam atop a felt-green robe fringed in gold. A glowing blue BUTTERFLY flits around her makeshift crown of twigs and thorns.

Anemone speaks in poetic verse, weaving a tragic tale of environmental destruction and her dreams of a return to the Natural Order. She then explains:

In the final stage we meet MAYANA KIN — a Medicine Woman from Central America who straddles the shadowy realms of ‘Dream and Death’. Her angular face is streaked with ash and chalk and blood. Golden chains hang from her wrists, waist, and ankles. A black and red-striped SNAKE is draped on her shoulders, flicking its tongue as if in warning.

Mayana speaks in threatening riddles, as if to taunt the player into combat:

Upon finishing the quest, the player returns for a review with the HEAD MISTRESS. After a brief discussion, she asks the player to choose a familiar, along with a reason for the choice.