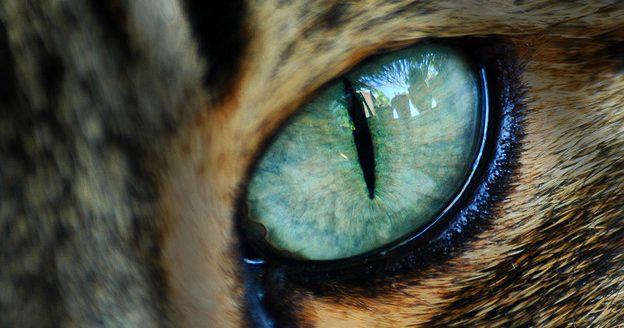 Brooke Burgess
Books Design
• 6 years ago
publish
Check it out

Of (Book) Covers and Cleverness

I woke up today with a gut full of guilt.

‘Damn…the last time you blogged you were shopping for winter coats, son!‘

Life, distractions, and general head-up-assery too often gets in the way of productivity and good intentions. Lame, right? But I take a whisker of comfort from the fact that I’ve actually been making stuff. Pretty good stuff, too. The Iron Maiden game that I helped conceive the story for came out this summer, and is doing gangbusters with hardcore fans. The epic Cat’s Maw audiobook has, at long last, launched in all its haunting, hypnotic, and David-Kaye-virtuosic glory. And the secret ‘two-novels-worth-of-Pratchett-inspired-dialogue-AAA-fantasy-mobile-RPG‘ I’ve been crafting for the past year is about to drop worldwide next month: 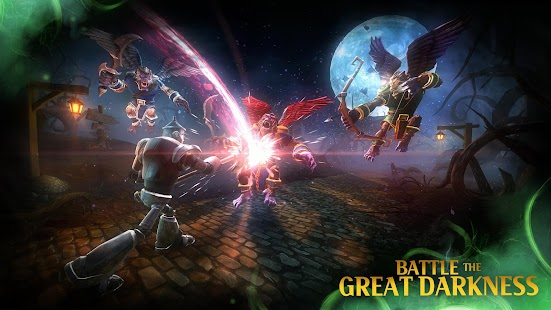 Somewhere Over the Blood-Stained Rainbow…

Yet in the midst of all that noise? I could hear the flow of an old, familiar River…

Yes sir. A change was coming.

Transformation and evolution are inherently internal processes. Which makes them feel mysterious, and invisible, and unquantifiable. Yet, soon after those first sparks of metamorphosis start to fly — and whether you’re conscious of it or not — the change gets projected to the world outside. The state of your body can reflect this. As does the place you live. Your circle of peeps. And, inevitably, the things you create.

Studying these shifts in personal growth and expression is akin to taking a ‘core sample of the Self’ —Artistic Archeology, if you want to get all wanky about it. But that doesn’t make it any less a thing. So, I wanted to use this post to shine a light on this way of thinking.

When I started jamming with artist pals on the first Shadowland cover way back in 2012, it was all about ‘story’. Back then there were four books mapped out for the saga, and I wanted each piece of key art to pull double-duty. First, the cover had to somehow showcase the tone, main characters, and primary conflict of the narrative. Second, and of equal importance in my frantic mind, it had to establish a ‘branding’ for the audience that would carry across the entire series.

This first attempt wasn’t bad. We meet the main character right off the bat — a young boy on crutches — standing at the entrance to an old cemetery. The face of a tiger hovers above the graves, watching him. And there’s a small cat, just to the boy’s right. With a little colour, the tone is reinforced:

It’s dark. The boy looks like he has a light is shining on him, and that maybe you’re catching him in the act of doing something he shouldn’t be. The cat seems cautious in its positioning and presence. And the tiger, formed from a ghostly mist, is made more ominous and spectral by the stars shining within its empty eyes.

Overall? It’s fine. But…as the book’s outline began pouring out of me, I felt a growing disconnect between what was happening on the page, and what I was seeing in the imagery. This was supposed to be a series for ‘brave young readers and cat lovers of all ages‘. I needed something inviting AND unique. Something that would snare the eye and imagination of a broader audience. Something that could ‘evolve’ visually, in tandem with the narrative, across all five books now.

I needed to move away from this hobbling tendency to overdo things. To say too damn much. To express a concept on so many layers and levels, and with such density, that it threatened to become impenetrable. I had to try and let that Brooke go. Because he had told his story already.

The next draft pared back some elements, while expanding on others:

This early concept is revealing. Made in 2013, the chapters were starting to take shape, and I decided that the three ‘mystical’ components of the tale — the cat, the tiger in a dreamy sky, and the graveyard — would be enough to showcase character, conflict, and setting to potential readers. And with the right combination of style, colour, and text? We could hopefully get things to a place where kids would dig it, parents and librarians would be intrigued, and I could mine the narrative for equally compelling imagery to grace the books to come.

Again, not too shabby. And I can clearly see what I was thinking, and why I was thinking it. There’s more contrast. The eye is drawn to the spooky face in the sky, and then to the cat. The carved headstones feature both series info and the feline ‘symbol’ — a key (heh) component of the story — in a fun, organic way. And the template is there for future books. Cat + Conflict + Environment:

See? It’s all so clever!

Which, in the end, was the problem.

The Cat’s Maw launched in Fall 2014. What followed were heaps of nice reviews, blog features, tweets and FB mentions, and reader selfies on Instagram. I spent the bulk of 2015 doing targeted campaigns, free giveaways, entering contests, and working on the crazy audio edition to ‘expand the brand’.

All of that paid off, right? It’s on scads of Goodreads ‘To Read‘ shelves. It scored several Junior Fiction and YA awards. It has a great presence on Amazon. And the audiobook is here to break laws and drop jaws, girlfriend:

In fact, it was that audiobook — which took no less than 18 months to produce on three continents, player! — which revealed the dangers of being ‘clever’. You see, when it came to cover design? I hadn’t been thinking on enough levels.

Did I take the time to picture the full-sized book on shelves, in kids’ hands, and glowing on tablets for all ages? Absolutely. 6 x goddamn 9. And it works pretty well in that format. But what I didn’t do was take online shop thumbnails into account. You know those tiny versions of the cover on Amazon, iTunes, Barnes & Noble, etc? THAT is the way most people discover it. THAT is your first impression. And here was my book — a little black rectangle with washed-out text, chunks of grey-white, and a weird…is that a face made of marshmallows?..at the top. Wonderful. 🙁

I considered sticking with it, too. Because it was a good concept. Because I had worked so hard promoting it. Because it was so…damn…CLEVER. But that’s around when the audiobook launch was on the horizon, and we reviewed the shop specs. And that’s when I realized that they needed something from us that we didn’t have. A square cover.

A change had to happen. And it had to come fast. And to make it worth all the backtracking on marketing effort, it had to tell a better story. Be compelling, evocative, and pop as a thumbnail. Be immediately recognizable, and lend itself to ‘thematic branding’ across the whole saga. Oh…and it had to bec a moth@#$%&@ing square.

OPTION #1:  The art style bridges the tween/teen divide, with colours that work for boys and girls. The tiger is suitably fierce, and having it emerge from the starry background through smoke and lightning reinforces the mystical fantasy vibe. Not to mention the air of ‘mystery and fear’, which is kinda essential when you’re going for a ‘Stephen King for Kids’ vibe. And future books could introduce new animal avatars and energy colours (tied to the story), sit strong on a shelf, and work as a square.

But this ain’t just about external changes.  You know…the point of this post?

It was war waged on trying too hard. A death-sentence to crowded imagery. A nasty divorce from cleverness. A call for uncharacteristic bravery. Still…I had to make sure that I wasn’t losing something in my creative quest. That’s because I had learned this brutal lesson before: surrender, transformation, and evolution do NOT mean throwing yourself away:

Cryptic. Mystical. Youthful and mature. And, dare I say it…elegant. 😀

It’s all of these things, whilst housing important narrative imagery (spoilers!), and setting up the use of other stones and energies on future covers.  Oh…and it doesn’t suck as a square, yo:

Change is inevitable. Essential. And ceaseless in its flow.

It is coming for me. For you. For all that you cherish and dread.

I hope to embrace it better in the months and years to come.

Will you swim out halfway? Will you meet me in the River?