IT IS HAPPENING AGAIN! 7 Must-haves for the TWIN PEAKS Revival on Showtime 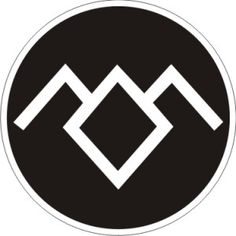 I am full of secrets. It’s true. But there’s one thing about my journey as a storyteller that has never been a mystery:

Twin Peaks was (and is) one of my biggest creative influences. Ever.

You want proof?  These things I tell you will be true:

That’s why I’ve been going nuts on Twitter and Google+ and Facey with comments and questions and outright squeals of delight regarding Monday’s announcement: a 9-ep ‘revival’ of the show, written by Frost/Lynch, and all helmed by the pompadour’ed Man himself.

But that doesn’t make me any less nervous about the whole thing. For many of us, this is sacred ground they’re planning to tread on…even if it is a path of their own design…a path is made by placing one stone at a time.  Ahem.

So…what can Team Twin Peaks (TTP) do to ensure a slam-dunk 2.5 decades later? In the year 2016,  at the height of the golden age of auteur-driven TV the likes of True Detective, Breaking Bad, Mad Men, The Sopranos (and yes…even LOST) that Peaks inspired in the first place???

1. I AM HOLDING IN MY HAND A BOX OF CHOCOLATE BUNNIES

We loved the creepy small-town vibe. We loved the whodunit stuff and the weirdness and the (mostly) engrossing plotlines. But when all was said and done? It was the characters we love and remember the most from our days in the swaying Douglas Firs. We want to see what happened to as many of them as you can pull together (yes…that includes the Deer Meadow jerks…and hell, even bloody James Hurley), so at the very least we can say our heartfelt goodbyes.

And since a fresh crop of Peaks-dwellers is 100% likely? Make them live and breathe and freak/weird us out beyond any plot contrivance. Give us this generation’s Albert, and Andy, and Audrey, and Lucy, and Jacoby, and Leland, and Major goddamn Briggs. Make us care about them, and we’ll care about the town again in a heartbeat. Guarandamnteed.

2. WHERE A YELLOW LIGHT STILL MEANS SLOW DOWN

A lot of us wanted to live in Twin Peaks. Hell…part of the reason I moved to Vancouver in 1993 was to be closer to it…to find a corner of the Pacific Northwest that was blessed with old trees and weird townsfolk and ethereal beauties and maybe even a demon on two. True story.

So TTP has to shoot in those old Snoqualmie and North Bend exteriors. We gotta see the Great Northern (maybe with a helicopter shot this time?) and the RR Diner. The Packard Sawmill must play a role. Maybe even the Palmer house, if it’s still up for sale. And let’s not forget those lush, evocative, yet simple interiors: The Great Northern, The Sheriff’s Station, the RR and, for the love of Bob, this:

Ray Wise said it first, and Lynch/Frost have confirmed it; this is a continuation of events from the original show. So we need to see how the ravages of time have affected the town and its denizens. Has Twin Peaks somehow escaped the push of development and retained its creepy snow-globe charms? Or is Ghostwood Estates and Country Club a thing now? Is the Horne family still THE broker of power in town, or have the Packards somehow risen from the flames?

Since Lynch seems to love Twitter so much in real life, has the modern generation of Peaksians embraced current tech amidst the 50’s dreaminess, and will that play a role in the revival’s plot? Will our young favourites from the original series – Audrey Horne, Shelley Johnson, Bobby Briggs — be running the town now, or did they fall on hard (ie: cursed) times?

4. WOULD YOU PLEASE PUT ON THE KITCHEN MITTENS

And speaking of social media use…let’s bring up the dirty T-word here — and no, I don’t mean a transsexual David Duchovny — I’m talking about TRANSMEDIA.

This is a major opportunity for Viacom/CBS/Showtime here.  Are you listening, overlords.  This is an established and fan-fervent IP custom-built to enable you to demonstrate that you understand the value of multi-platform narrative and how to carve facets in the story world’s gem.

They likely own the rights to The Secret Diary of Laura Palmer, yeah? So make a souped-up eBook version with exclusive pictures, video snippets, audio clips, coded secrets, and director/writer notes.  How about a Twin Peaks town history/map App? Old and new Dale Cooper audio case files from ‘Diane’s Archive’. An interactive/puzzle version of the map in Owl Cave! 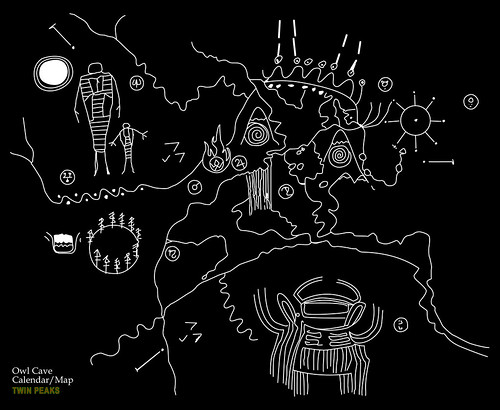 5. THERE IS A MAN IN A SMILING BAG

Sadly, many of the actors playing our treasured townsfolk have passed on: Jack Nance (Pete Martell), Don Davis (Major Briggs), and even Frank Silva (BOB) are no longer with us. A host of Lynch’s bonkers cameo characters (Mrs Tremond, Senor Droolcup) have opened the curtains and set up shop in the White Lodge too. 🙁

Death has always played a major role in the Twin Peaks world, and I hope that Frost’s scripts won’t gloss over these losses. Make them part of the story. Do a clever mention. Visit a grave or two. Show how these deaths affected the town, shaped it, and left lasting scars on those who carry on.

FYI, I am going to put it on record now that I am absolutely in favour of harnessing a little CG trickery to make some mirrors more than they seem.

6. QUESTIONS IN A WORLD OF BLUE

That perfect blend of dreams and sex and soap and sin and straight-razors as sound.

Angelo Badalamenti must return. Aside from Special Agent Dale Cooper himself, this soundtrack was THE star of the show. This is simply NON-negotiable. I’m serious.

Resurrect those characters themes, especially Laura’s and Audrey’s. Re-imagine some classic stings, particularly the title and credits music. Port over those absolutely killer hooks from the FWWM soundtrack. (I’m looking at you, film Theme, Pink Room, Sycamore Trees, and Moving Through Time)

And don’t you dare forget about Julee eff’ing Cruise. Or else there shall be fan-thunder that makes The World Spin (see what I did there?)

A pretty solid list. If TTP honour these four ‘commandments’, then we’ll most likely be pleased with the revival effort. We’ll have had our chance to walk in the pines, and it will be Good. But hey…let’s be real for a minute, okay?  Let me and my fellow Peak’ers make one thing abundantly clear.

You want to ensure that this revival is truly great, gentlemen? One for the ages? Then you will commit to pulling an anti-LOST, and give us die-hards the smart and profound and long-awaited resolutions to at least FIVE (5) of these dangling threads from the film and series finale:

Hanging at lunch with my pal DKL supporting the work of the @LynchFoundation. Great afternoon! pic.twitter.com/TYzHnWZc0W