Brooke Burgess
Personal voiceover
• 6 years ago
publish
Check it out

We met doing community theatre in North Vancouver, and just kinda clicked. During rehearsals and show breaks I’d find a way to corner him and fire off endless questions about his radio and voiceover work. Or maybe I’d wax poetic about videogames or conspiracy theories or some starlet way outta my league.

Dave humoured me. Laughed at my bad celebrity impressions, and gave my impoverished ass countless lifts home. Encouraged my crazy dreams. He even produced my first Fringe Festival play. Dave’s always been cool like that.

A few years later I was working at EA, and wanted to return the favour. We needed announcer and cop voices on the Need for Speed line, and I was angling to climb the corporate ladder. I knew how good he was even then, so it was kinda selfish on my part — his professionalism, work ethic, and sheer talent was gonna give me a bump by association.

Things got even rosier a few years later with the EA/KOEI co-production of the PS2 launch title Kessen. My mission — and damn straight I chose to accept it — was to rewrite thousands of lines of feudal-era Japanese dialogue in order to give the clunky translations a more epic, Shakespearian tone. I cheekily pitched the conversion as ‘Akira Kurosawa’s RAN…with a few shots of whiskey’.

We pulled the entire cast from the local talent pool, but the exec producer wanted to land a big genre fish for the plum narrator role; he wanted it to sound like a real documentary, with the voice guiding players through actual moments in Japan’s bloody history.

Said producer was also a Star Trek nut. Patrick Stewart and Avery Brooks were his targeted choices. But the project simply couldn’t afford them, and the clock was ticking on asset delivery to KOEI’s team. We needed a voice with authority. With intelligence and energy. And with a level of near-supernatural timing that could deliver lines to the tenth of a second.

That’s when I played my ace. David Kaye.

It took some back and forth, but the boss finally signed off and the call was made. Dave strolled into the downtown Vancouver studio the next day like the humble relief pitcher for the goddamn Blue Jays. He took a few moments to shake everyone’s hand, review my chicken-scratched script, and warm up his moneymaker.

The engineer lowered the lights. The tape rolled. The pre-beep hush was thunderous…

He struck that mother out in one take.

Dave kept moving on to bigger and better things, yet he never forgot his roots. That’s just what talent and class do when they bang and have good looking kids. Sure, he kept his fingers in radio and cartoon pies, but now he had Hollywood squarely in his sights. Soon enough, he’d be landing network gigs, movie trailers, and even feature film roles. The big time, baby!

By now, he had every right to swim off with the sharks, and leave us wee northern fish to our modest maple-ringed pond…

But Dave just couldn’t deny a friend in need. You see, there is literally ZERO way we could’ve afforded the cast that came on board the big Broken Saints revamp without David Kaye leading the charge, and taking a hefty pay cut to do so. Dave championed me and the series to the Vancouver voiceover community…and their fiscally shrewd representation.

In less than two weeks we had our dream team. I think the results speak (ha!) for themselves, don’t you?

It’s been 12 long years since our epic recording sessions at CDIS in Burnaby.

10 since he joined me at San Diego Comic Con to pimp the Saints DVD set.

8 since we cruised his newfound ‘hood in the Hollywood Hills.

4 since we last reminisced in the flesh over really good Italian.

And 2 since he reached out to help with my audiobook dream.

Which brings us to today… 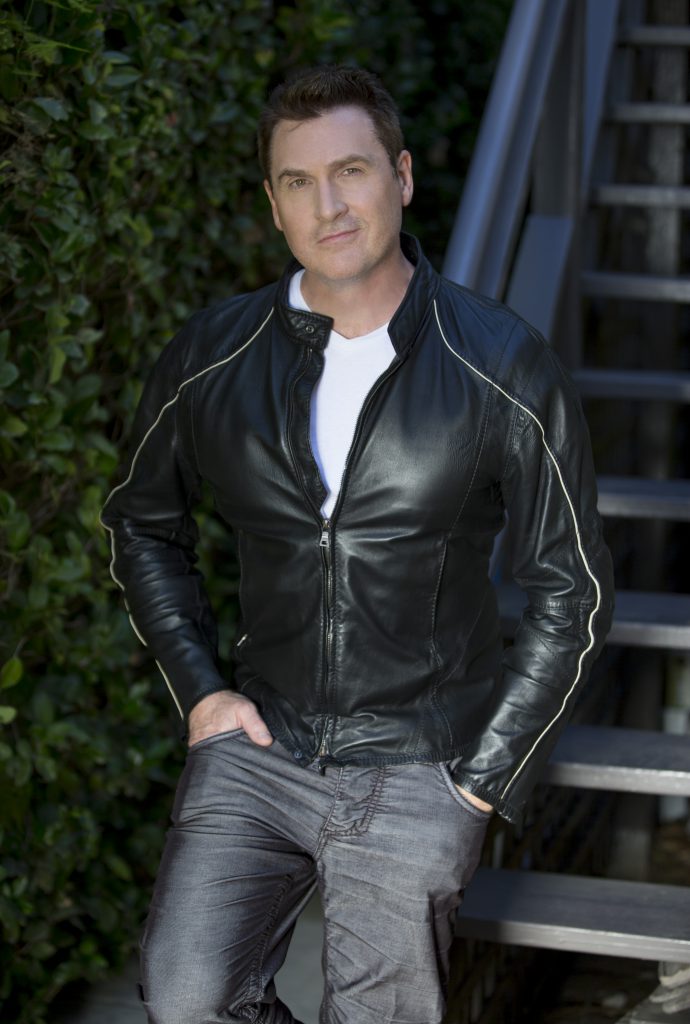 You are an ageless, boundless, and peerless son-of-a-bitch.

I’m better at what I do, in no small part, because of you.

And I’m blessed to call you friend.