Brooke Burgess
Consulting Writing
• 6 years ago
publish
Check it out

I’m not big on resolutions — probably due to a crippling fear of commitment, let’s be real — but I can’t help but feel that 2017 is fertile ground for taking steps to improve my craft. And after reviewing a schwack (technical term) of past projects before year’s end, I think I’ve zeroed in on an area that could use some upgrading…

I love stories. Epic, sprawling stories that start slow, ramp tension almost imperceptibly, and then rocket off the top of the metaphorical roller coaster, leaving you dizzy and howling and pissing in your trousers and maybe even questioning the nature of a cruel and random Existence. Sue me, but that’s my jam.

That said, it’s hard to argue that the age of social media is built on SHORT story rules. A punchy paragraph. A GIF and tagline. A pithy 140 characters of narrative or less. All of which still containing an effective set up, conflict, climax, and resolution. I found myself struggling the past few years — ‘Can fast food still be nourishing?’ Clearly, it was something I needed to work on.

So, when a colleague got in touch and asked how I’d tackle a specific short story assignment, I swallowed my phlegm-coated bias and got to work. Here were the parameters:

On my end, the goal was to tick all the producer’s boxes, yet still maintain the essentials of ‘mystery’, ‘tension’, and ‘voice’ in an abbreviated format. Here’s what I came up with — feedback welcome! 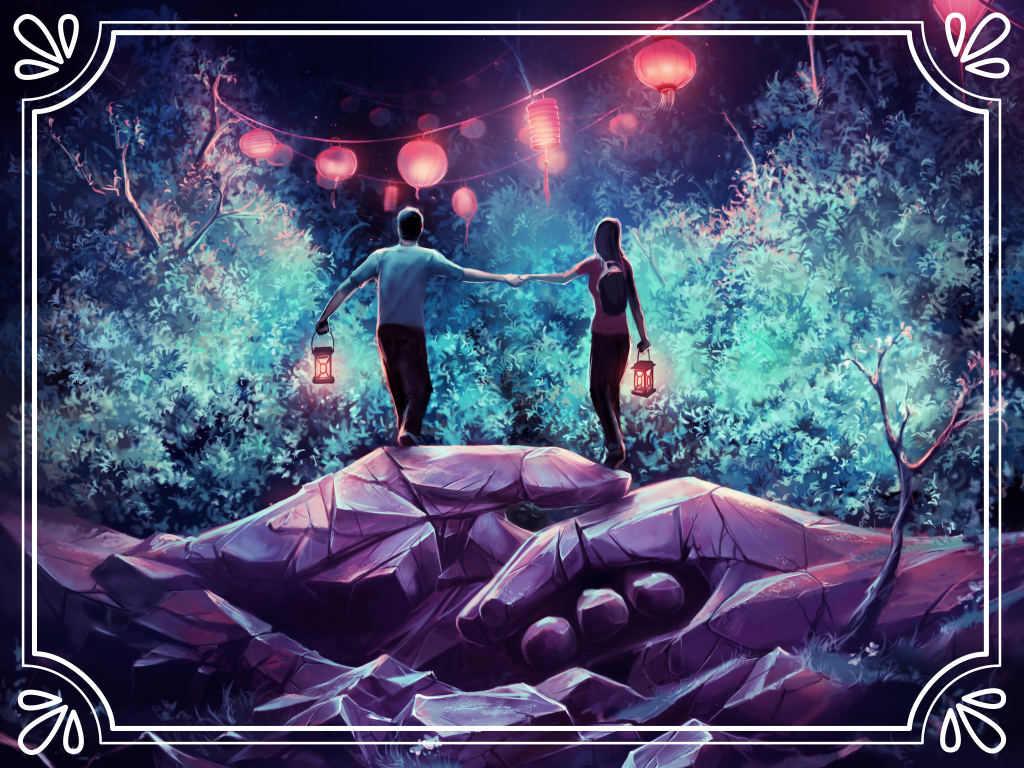 I catch the nervous glint in his eyes.

A wave of memories rushes over me, sweeping me back almost twenty years. Back to the night when we danced and laughed in the moonlight until I drank some courage and dared him to follow. To trace the craggy shore and climb with me all the way to the top. To the place that locals spoke of in hushed tones, through clouds of sweet green smoke. To Clasping Rock — where ‘true love’ reveals itself.

I’ve been asleep ever since that night on the other side of the world. But I’m ready to wake up now.

‘How’d you track me down? It’s…it’s been a long time,’ David says, spinning his phone on the table. He already knows the answer — Facebook is a girl’s best friend. We plaster our faces around like mug shots because we want to be found. So we can speak to ghosts. Pay the karma police. Bring back dreams from the dead.

‘You look…good.’ I dig a pair of polished nails into my thigh, well out of sight. This is too important to drift into teen platitudes, no matter how cute he still is. Or how delicious he smells. Or how perfect his hands look, spinning that goddamn phone and brushing thick curls from his brow.

Those hands. That’s how this all began. And how it ended. But at least I can’t see a ring, or a tan-line from one. Maybe that night made us both hold out for more.

‘I…I was,’ he stammers, ‘I was just a kid. We were kids…in another world, right? And you hear a crazy story, so you have to see it for yourself. But what happened that night? With you, in that place…?’

‘It’s like nothing’s been right since,’ I blurt out. I almost regret it, but David looks relieved. Maybe even hopeful. Shared joy is double joy and shared sorrow is half sorrow, as the Swedes say.

‘We found the stones. Spoke the words. And when you took my hand, the trees…Christ…it happened just like they said it would, if we were meant to be…’ he whispers, reliving it. I can see longing in his eyes, rising to drown the doubt.

‘You ran, David. The trees parted, and the lights flashed, and then you ran.’ I reach out and touch his hand. It trembles, but doesn’t pull away. Not like that night.

‘I’m sorry. Christ, I’m so sorry. I know I’m going to regret it for the rest of my life. I’d give anything to…’

Tears well up in his eyes, and his hand clasps mine. It’s warm and tender and strong — not the hand of a boy anymore, but of a man who has owned my heart forever, and is finally ready to receive it.

‘Tell me, David,’ I say, opening the flight app on my phone and wrestling the urge to smile, ‘is your passport up to date?’