Brooke Burgess
Music
• 5 years ago
publish
Check it out 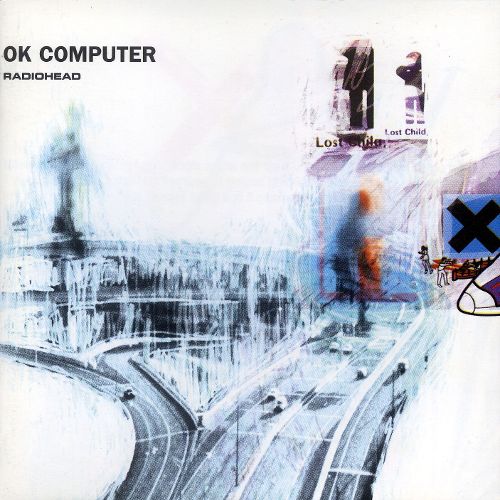 Radiohead is my favourite band.

For me, the love affair began with the self-loathing, chord-crunching angst of Creep. It blossomed with the cult-pop caution of JUST, and the funereal hymn of Street Spirit. Then it kissed my neck, unzipped my pants, and mounted me into the afterlife as How to Disappear Completely, Pyramid Song, and Reckoner blared on the bedroom stereo.

Radiohead is a treasure. I’ve mined unquantifiable inspiration from their songs. From their bassy heartbeats and haunted strings. From their schizo rhythms and frustrated melodies. From Thom’s coded poetry, wailed in the lost tongue of fallen angels.

But it was OK Computer that defined my ‘sound’.

This work changed me, marking my first steps into something resembling adulthood. It seems I wasn’t alone in this — here, Pitchfork’s 20th Anniversary celebration takes a deep dive into why many consider this to be the greatest rock album of the modern era. Now, I don’t know about any of that, but I do know that it shook me up. That it scrambled me. That it smashed me on the pavement beneath flickering streetlights, forcing me to think and feel and experience life through cracked lenses and airport touch-screens.

What I also didn’t know at the time was how much I needed the breaking. And the scrambling. And the ‘upgraded reassembly’. I listened to album every day. Mostly before bed. And always on REPEAT when I was writing Broken Saints.

OK Computer was always there for me. It helped.

That’s why I wanted to share this cover I made — attached above — for Radiohead’s EXIT MUSIC (For a Film).

I hope some of you can appreciate my warbling, whisky-soaked, and wince-inducing homage for what it is — a love letter. It’s the tiniest of tokens from a strangely emotional dude who cherishes everything about this landmark creation. And from a guy who, quite frankly, will continue to treasure it…even as he struggles to find worth in his own work.

Thanks for making me want to try.