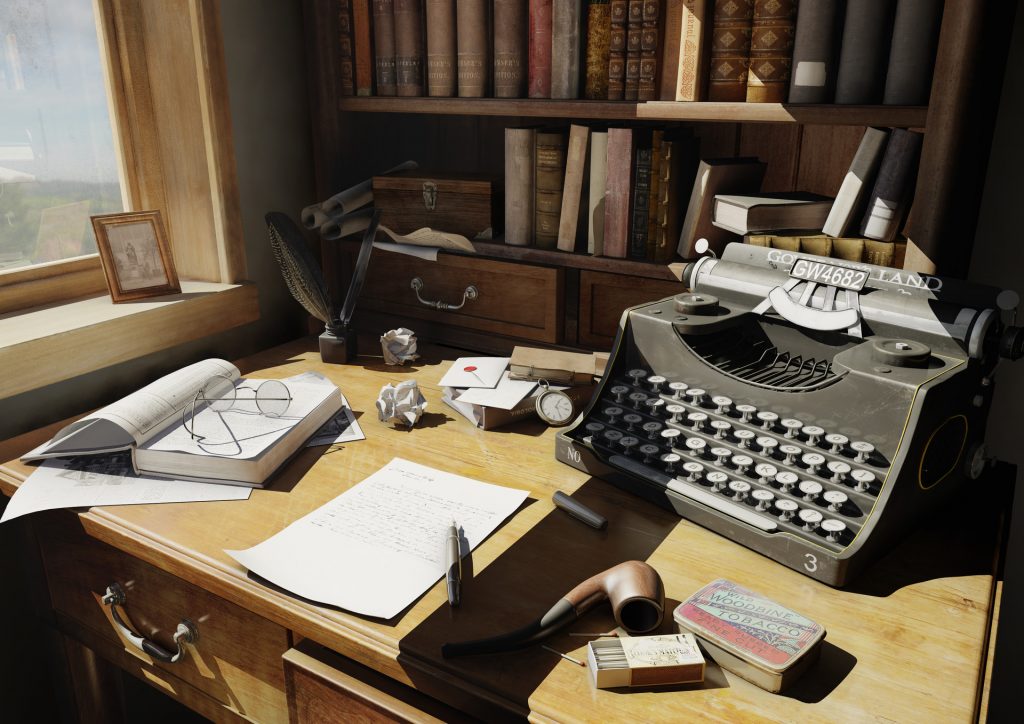 I’ve been a game writer and interactive narrative guy, in some capacity or another, since 1997.  23 YEARS. Let that sink in for a minute. And even with all of that storytelling experience, heaps of professional accolades, high-level game writer recommendations, and some acclaimed self-created indie projects? I still get asked, more often than not these days, to do a test story or provide an exclusive ‘sample’ for game writer gigs.

In this age of Covid-19 and the (re)rise of remote work? I’ve been batting .500 on these ‘auditions’, which ain’t bad. Especially when said gig ends up being fun, creatively challenging, and networking boon, and wallet steroids. But that still means that there were a handful of game writer jobs I applied for and didn’t hit the bullseye. Ones where — after the headhunter or studio HR got my CV and reviewed my past work samples and learned of my (modest but fair?) salary expectations — I was asked to spend 1-2 weeks on a game writer ‘assessment’. A test that would most certainly be based, at the very least tangentially, on the design parameters for an upcoming title they had in development.  And they’d expect it for FREE.

And, like a schmuck, I’d deliver. Buyer’s market, and all that. But consider the math for a second; they knew my salary range and industry history, which made them painfully aware of the real-world value of my time. (at least 2K per week, being frank…or…well…Brooke). And yet, even after delivering more than expected and ahead of schedule and always with a thank-you note peppered with gratitude and genuine interest in their project moving forward, whatever their choice..? I’d get a three-line form letter rejection. At best. Which is kinda shitty, especially in these uncertain and heavy-hearted times. For everyone.

But since I tend not to sign NDAs until there’s real contract tact, I’m more than comfortable sharing a recent example with you here. Embedded audio, too! I’ve taken the liberty of omitting some potentially incriminating chunks of design-related stuff; that’s probably why I’m not posting from the massive game writer test I sank two weeks of my life into for that now-infamous IP that rhymes with SHMARY SMOTTER). Instead, this is one I whipped up for a AAA Chinese developer back in July.

And after weeks of badgering their headhunter for any post-submission feedback whatsoever?

‘Sorry, but you were overqualified.’

Thanks for the ass-smoke, lady…I hope you enjoy the freebie.

WANG SHU (19yrs+): This moody and mysterious orphan is a member of the first generation of residents and workers on the EMC (Europa Mining Colony), in orbit over Jupiter. Born and raised in this off-Earth environment, she naturally developed advanced strength and agility due to gravity differentials. Following the onset of typical hormonal surges in her teen years, she was ordered by moon mandate to receive a brainstem implant that would regulate her neural activity, monitor sleep, and provide direct access to the EMC’s DataNet for work and education purposes. Over the years that followed, she voraciously consumed data from the Web (even during sleep), and became well-versed in everything from engineering and tech systems to armed combat, strategic thinking, art history, and bio-hacking (her ever-changing hairstyles, custom nano-tattoos, and fractal eye-colouring became a trademark in the colony at large).

Wang Shu was also growing more and more prone to rebellious outbursts. She challenged the colony’s strict rules often, defied public curfews, and shared her limited rations with the less fortunate. She also began flirting with ‘grey market’ gigs alongside unsavoury characters and the rugged ‘bad boy’ bounty-hunter types that frequented the moon-base. But she pushed too far — in an attempt to impress some shady Earther mercenaries by hacking into the contents an unlisted shipping container, she was exposed to dangerous (and perhaps otherworldly?) data signatures. Now, she’s suddenly able to overcome the limits of her implant, advance her natural abilities to near-superhuman levels, and then learns of a dark tech conspiracy that could threaten all organic life in the Solar System! 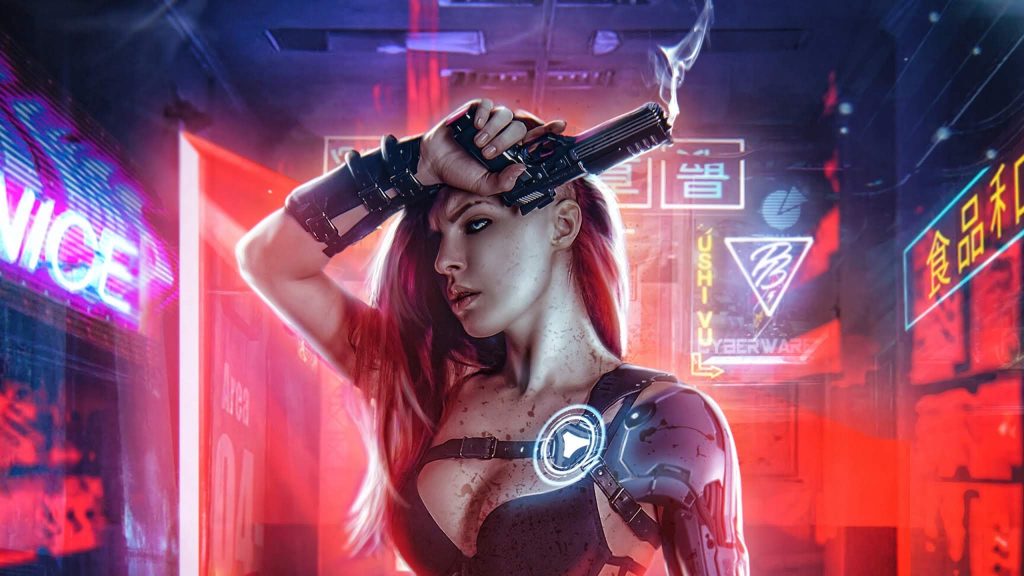 Sci-fi hero, you say? Something the 18-35 demo thinks is smart, badass, and edgy-hot? Hold my beer…

Q2: Summarize a simple Sci-Fi plot w/ the character in Q1 appearing in the story.

A rebel faction on the EMC is attempting to blow up a warehouse filled with ore and supplies bound for Earth and the wealthier colonies. Wang Shu—now connected at unbelievable speeds and access levels to the DataNet, and able to assess the motives and strategic advantages/weakness of all sides in the conflict—has to decide whether to defend the property and potentially earn good favour with the EMC corporate and military overlords OR to aid the rebels by assisting with access, disabling guard stations and cameras, and changing the shipping logs to impoverished zones that could benefit the most from the resources. The key elements of the plot are as follows: 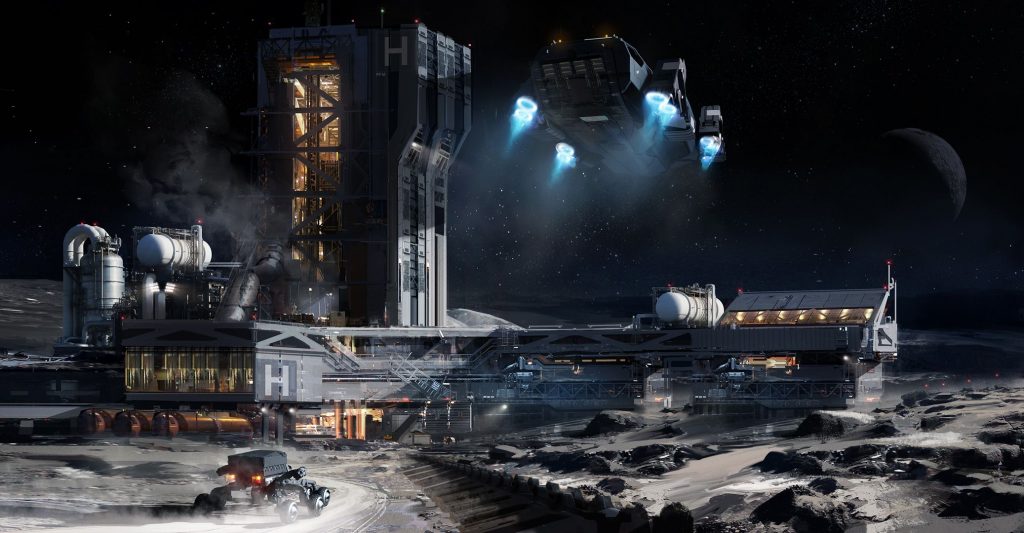 Can’t go wrong with a moon base and mining colony on Europa, I reckon…

Q3: As a game writer, what’s a recent favorite game plot, and why do you like it?

REIGNS: this surprise hit mobile game from Nerial a few years back won every indie game award for good reason: they harnessed a deceptively simple ‘Tinder swipe’ dynamic in order to portray a deep, well-written, and thoroughly entertaining branching narrative that seems to take place over many ‘lifetimes’. I raved about (and did a breakdown of) it here.

For me, the reason REIGNS was so compelling was that it not only put you straight into the story as a fledgling ruler of a kingdom in charge of managing basic resources—finances, military, public opinion, and the church—but it also filled with tale with hundreds of compelling support characters that guided you deeper and deeper into the narrative world. And then…? You die. A lot.

But you keep coming back — reincarnated as the new King, and seemingly cursed to learn your lessons over and over again, until it’s slowly revealed that your life – and your rule – are part of a diabolical plot by the Devil himself! By the end of my weeks and weeks of play time with the game, going through all the main threads of the story, it felt like I was being shown what it could be like to experience Karma itself – to learn from my mistakes in other lifetimes, correct them, and serve the greater good in the end, instead of my own fleeting and selfish desires.

REIGNS made me want to play, and to keep playing. Which is one of the highest qualities a mobile game can aim for with its design from a storytelling perspective. 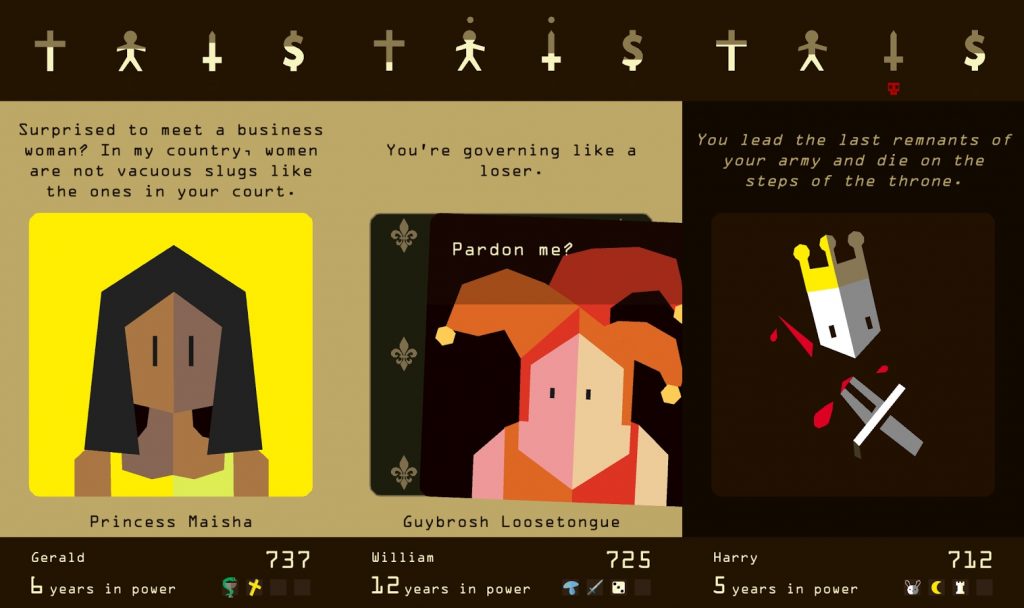 Q4: Describe a typical, everyday activity as it would happen in this sci-fi universe.

Constant HUD: In Wang Shu’s world of the EMC, there would be a constant stream of information and discovery through an ever-present Heads Up Display (HUD), projected on her retinas in ALL activities. It’s a powerful tool for understanding the context and specifics of any environment, but would also lend itself to an extreme feeling of paranoid — your data is recording non-stop, and the AI program behind it is always watching and advising you.

For example, imagine I’m Wang Shu, and I’m going to perform my allotted daily exercise in an empty warehouse room. I close the door, turn off the lights, and activate ‘Exertion Mode’ through my stim-suit and cybernetic systems. My retinal implant projects a holographic scenario, where I can engage in any manner of physical contest (combat, team sports, accuracy, strength training) – whatever can be imagined and rendered in shifting 3D, I can play and experience. Lifelike imagery and sounds are beamed directly into my audio-visual cortex, while the suit performs incredibly convincing haptic feedback computations, making me FEEL every punch, or ball, or swinging dumbbell, or gust of wind. The only limits to the exercise experience would be your personal endurance (which could probably be augmented by the implant adjusting hormonal and oxygen rates), and the time afforded to you by the system — all workers earn CREDITS to participate and use the facilities and programs, whereas criminals and victims of the state are often punished with a removal of activity and leisure time. 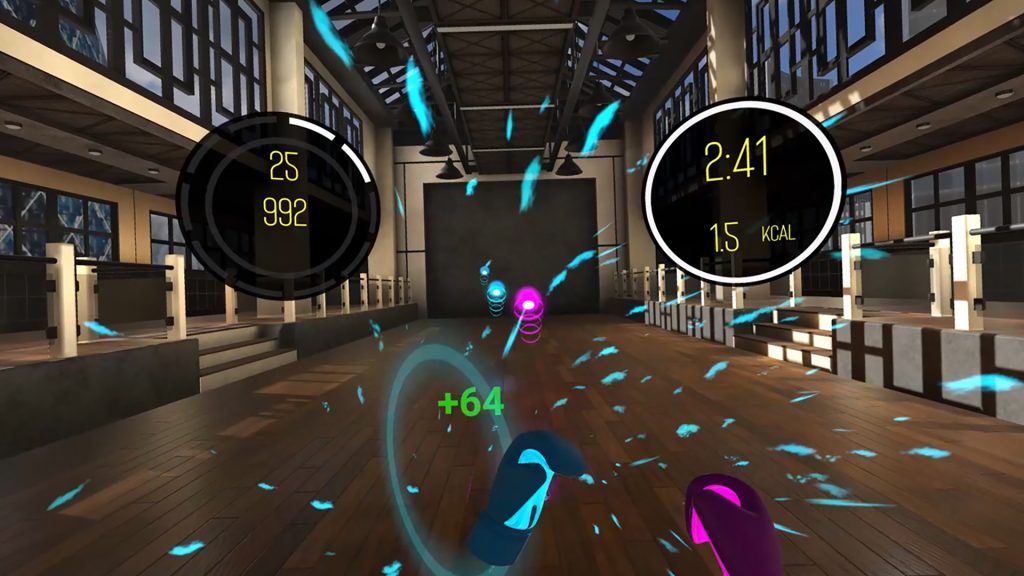 Think of it like WII Sports. With your brain hijacked. After dropping three tabs of acid.

THE PIT: This is the main recreation and social lounge for adult workers in the colony, and almost every spare credit is spent here indulging in drink, games of chance, and more ‘mature’ pursuits. It’s also the place where every colonist across social strata gathers regularly, so one would surely encounter the full gamut of character types: Corporate Heads, military officers, mercenaries and bounty hunters, specialists, hackers and DataNet broadcasters, illicit ‘medics’, merchants, courtesans, cyborgs…maybe even non-humans.

Everyone is craving novelty here, as the colony has begun to feel like a prison planet, with very few (aside from the ultra-rich) afforded the chance to ship-jump and leave ‘the rock’ of their own free will. It’s the place for building new friendships, making backroom business deals, trading good and information, and finding sympathizers to your cause(s)…be they respectable, or of the black market variety.

And because EMC is a mining moon far from the comforts of Earth, all materials to build and fashion it were dug from the moon itself, and designed for the most basic of functionality: stone walls, titanium supports, and copper fixtures. Low-G steel and bio-plastics. Pink-sand glass. Meanwhile, the lighting is low and primary coloured to save on power — expect to see far-spectrum solar nano-LED bulbs, chemical-based fluorescents, and projected holo-screens. Imagine a futuristic version of the seedy neon-drenched ‘back alley’ clubs of Earth circa 1970, inspired by the darker corners of New York, London, Berlin, and Hong Kong.